Added to wishlistRemoved from wishlist 0
Add to compare

Added to wishlistRemoved from wishlist 0
Add to compare
$15.99 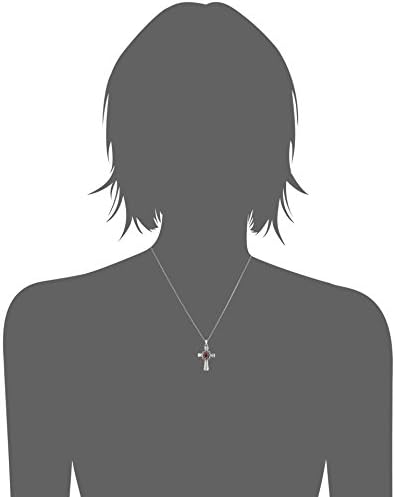 Jewelry inspired by the interlacing and continuous designs prevalent in Celtic artwork, illuminating the interconnectedness and continuity of life.

The Trinity knot is one of the oldest and most popular Celtic symbols. The triangular shape represents the Celtic belief in the triad, that everything happens in threes. The knot is often interwoven around a circle to signify the unity of the three elements.

The Trinity knot is said to stand for an array of elements, including: past, present, future; mother, father, child; or body, mind, spirit. It is also believed to represent the three promises of a relationship: to love, honor, and protect.

The meaning of the word Dara can be traced to an Irish word, doire, which means oak tree. Ancient Celts considered the oak tree a sacred symbol of destiny, power, strength, wisdom, leadership and endurance. All these attributes are associated with the Dara knot.

The Dara knot is depicted in several different ways but is always symbolic of the root system of an oak tree. Roots of the oak tree are symbolic of the great source of inner strength or divine resources we possess.

The Claddagh design consists of two hands holding a heart with a crown on its top. The hands in the symbol represent friendship. The heart depicts love. And the crown means loyalty.

A Claddagh ring can be used as a promise ring, engagement ring, wedding ring, or as a testament to love or friendship. When it is worn to represent a relationship, it can take different meanings depending on how it is worn. The giving of a Claddagh shows committed love, friendship and loyalty to that person.

As a knot is created by interweaving two individual strands, the Celtic love knot represents the bond between two people. One of the most famous symbols is the sailor’s knot. This symbol became known as the perfect union of two people, which has no beginning and no ending, but only everlasting love.

The serpent love knot seen in the Irish Book of Kells stands for eternal life. A Celtic square knot is made using a single line that runs continuously and is believed to be the mark of loyalty.

For the ancient Celts, the Tree of Life was a symbol of balance and harmony. The lore of trees continues as a vital part of Celtic myth and folklore. Countless Irish legends revolve around trees.

The Celtic Tree of Life is often drawn showing the branches reaching skyward and the roots spreading out into the earth below, symbolizing the belief in the link between heaven and earth. Often the tree is contained within a circle. All of this is to symbolize the never-ending circle of life.

The Celtic Shamrock is the unofficial symbol of Ireland. The main reason the shamrock is so closely tied to Ireland is because of the legend of St. Patrick using it to explain the Holy Trinity during his mission there.

Although the Celtic symbol can refer to the Holy Trinity, it is also used to symbolize any triad, such as life, death, rebirth or earth, sea, sky. Shamrocks (commonly known as clover) are very prevalent in Ireland, so its use in this design also signifies abundance or fertility.

The eternity knot itself looks like a maze in an overall diamond shape. It often has squared edges but may also have rounded edges. It symbolizes endless life.

The ringed cross became an emblem of Celtic identity, in addition to its more traditional religious symbolism. The earliest Celtic cross is a very simple cross with a circle. This is thought to have symbolized the sun.

Over time, the crosses became more elaborate, incorporating interwoven patterns and Celtic knots. The circle of the Celtic cross is also thought to be a symbol of eternity that emphasizes the endlessness of God’s love.

Garnet is the January birthstone
Oxidized sterling silver is created through a controlled oxidation process to cause a natural tarnish. The slight tarnish is then polished to leave darkened areas in the detailing, most notably to enhance design elements.
18″ rolo chain with spring ring closure
Hand-crafted in pure .925 Sterling Silver; Oxidized finish added to enhance detail and depth in jewelry design
Imported

There are no reviews yet.

GET THIS DEAL
Better Deals

betterdeals.store participates in the Amazon Services LLC Associates Program, which is an affiliate advertising program designed to provide a means for websites to earn advertising fees by advertising and linking to amazon.com